Day 7
Recovery Day Monday also turned out to be another Snow Day! After breakfast, I sat down with Trotter and he patiently helped me lace up two new wheels, that will be a set of race wheels this season. It was actually super cool and the quiet, methodical work was very relaxing. (Although the background noise of a million wasps from Dre spinning on the rollers was actually not quiet at all.) I then decided to head down the mountain and grab some groceries, so I wiped the few cm’s of accumulated snow off my car with my hand (I’d stupidly taken the snow brush out of the car before I came here, because I wouldn’t be needing it again, especially not in Victoria, right??? Wrong!). Snow had also stuck to the road, but it was totally fine in my all-wheel drive with snow tires… until we got to the first downhill pitch. Why is a police officer standing on the road? Why are cars pulled off the side of the road? Why are cars stopped on the road? Uh, because most Victoria drivers don’t have snow tires! 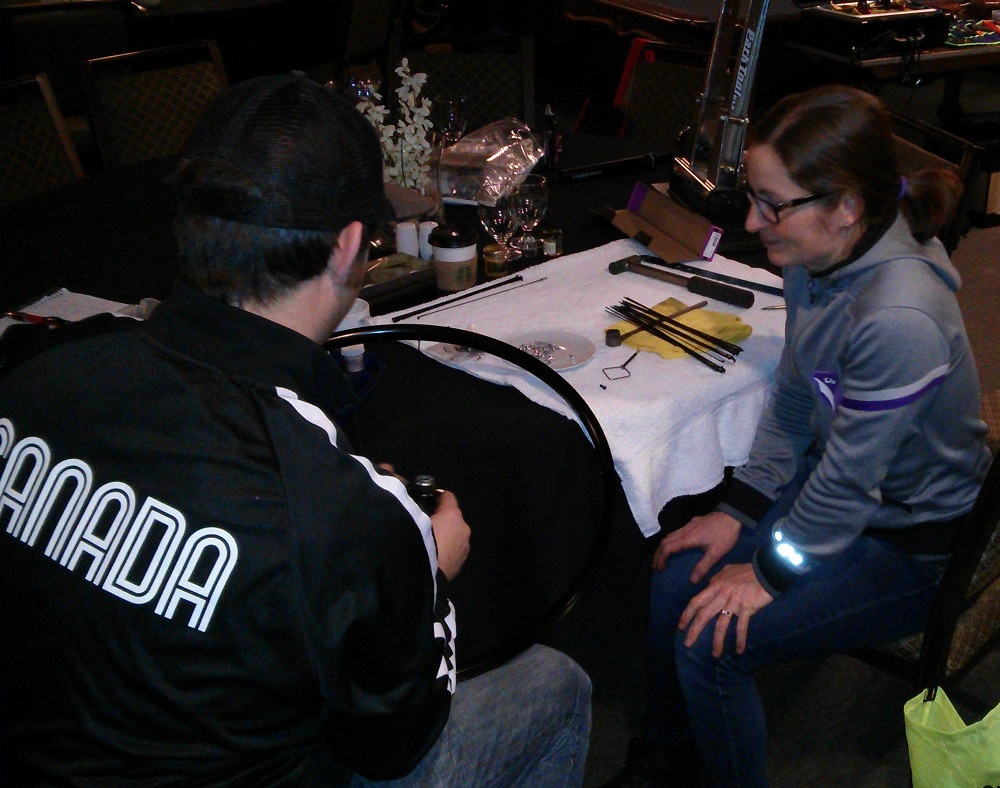 Teach me the ways of the wheel, sensei Trotter!

I quickly decided to make a U-Turn and head back — not because I was afraid my car couldn’t handle the conditions, but because there were so many cars stuck in both the uphill and downhill lanes, that I was afraid I would be blocked from getting back up the mountain. Once the short-lived excursion was over, I went back to my room and made lunch with the groceries I had left. 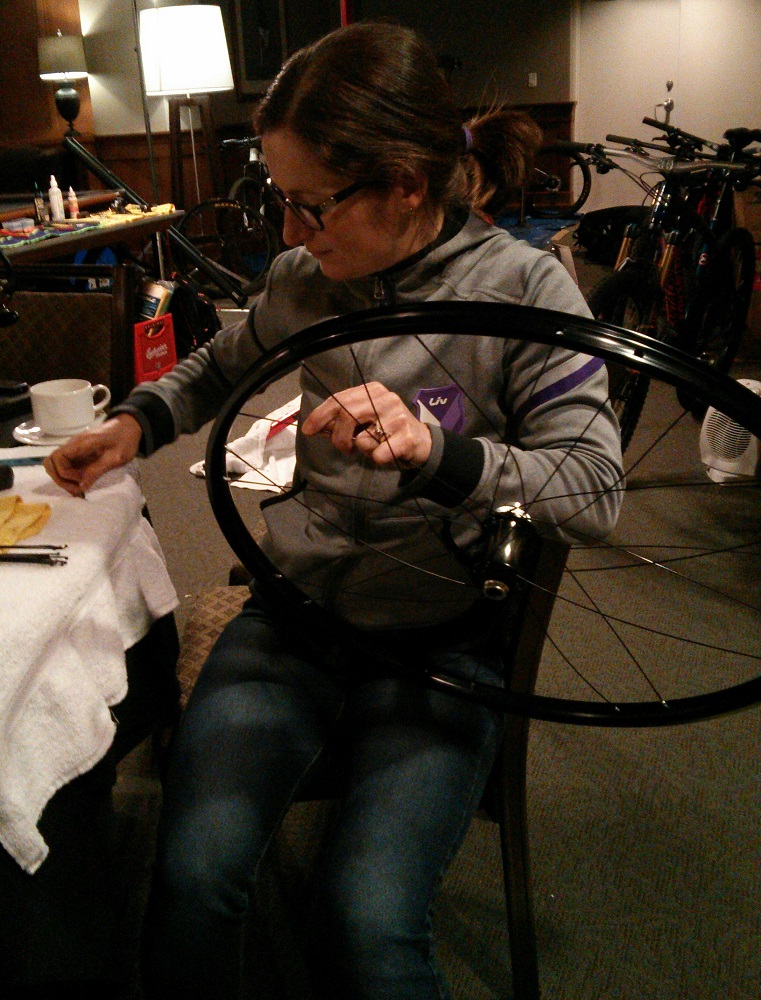 It continued to snow for most of the day, but I guess it warmed up, because the snow melted on the roadways, so by our 3p.m. departure time, we were good to go. I drove a carload of my teammates into Victoria, where we found ourselves at the Boulder House bouldering gym! This was McNeely’s genius contribution to our team building. He’d arranged for the facility to open an hour early for us, so we could have the entire gym to ourselves. After a quick explanation from the staff, all of us were immediately partway up a wall. It was pretty awesome to see how this big group of strong, athletic individuals just went for it! It’s a pretty rewarding sport and I really enjoyed the challenge of trying to solve the route problems. 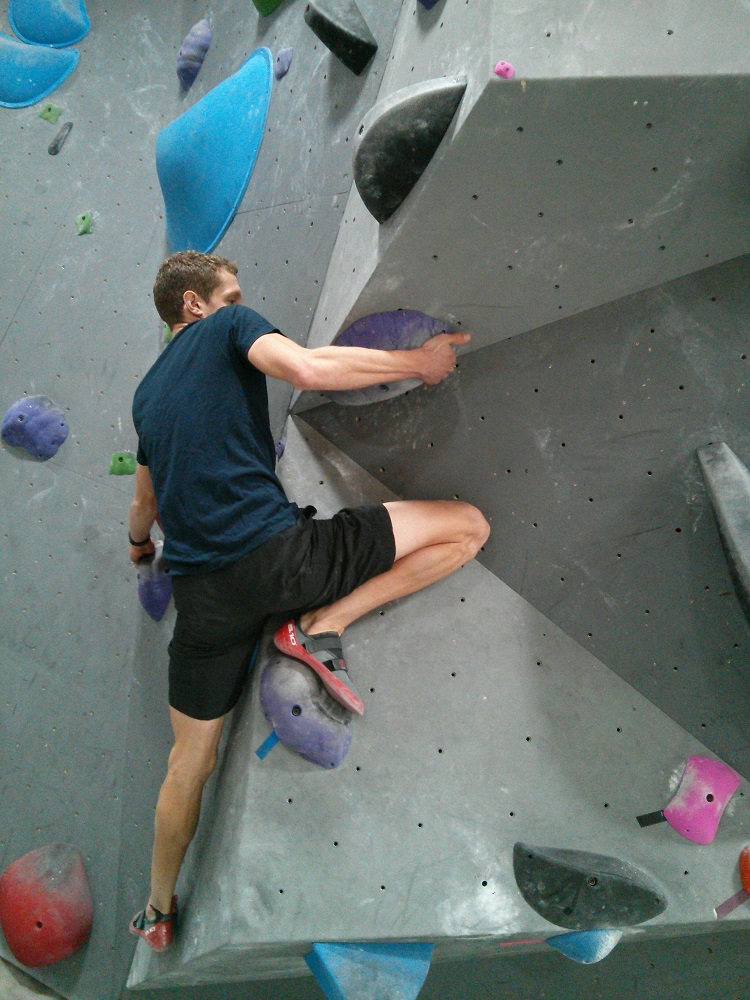 Guthrie wisely advised me to take it slow and take lots of breaks if I wanted to avoid being completely wrecked the next day, as my muscles are obviously not used to the demands of rock climbing, since the last time I did it was several years ago….

Afterwards, Haley had made us dinner reservations at Fiamo, an Italian restaurant that specializes in pizza. Yes! It was a big group and I was super hungry, so I ate a fair share of the starter bread, but it did not keep me from finishing my salad and pizza (which featured pancetta and hot chilies). After a fun and satisfying dinner out, we went to this gelato place that everybody had been raving about all week, only to find it closed. It was after 9:30p.m. by the time we got back to Bear Mountain, so it was pretty much straight to bed.

Day 8
There was still snow on the ground when I got up this morning, but the plan for training hadn’t changed. We were going trail riding! After breakfast and another team building discussion, we had a quick turnaround to get ride ready. I’d already checked my tire, shock and fork pressures, and swapped my Minion wheel set back onto my bike before breakfast, because, well… snow. 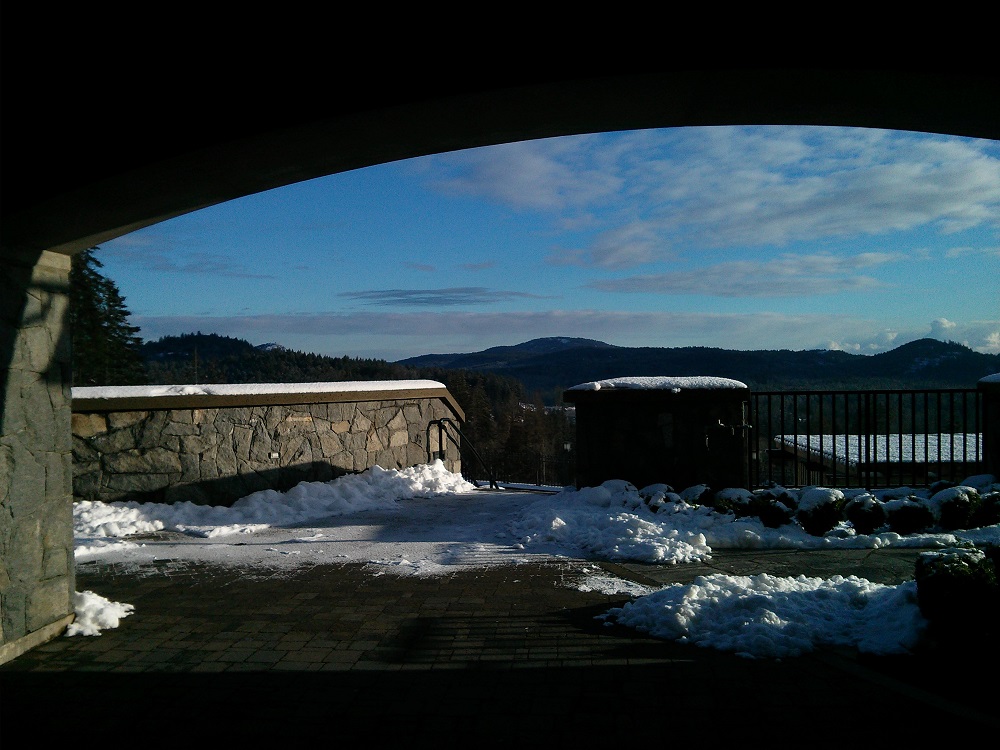 After a 20-minute warm up on the road, we rode/skied down the Flow Trail and all met down on the big flat gravel patch where the Canada Cup race start will be on Saturday. Dan laid out our plan for the session and sent us off on a steady/easy lap of the course, warning us to err on the side of caution, because, well… ice and snow. The course was completely rideable in the snow, just a bit rowdier, which made it even more fun! There was some squealing when tires slid a little more than expected, but it was a hoot. I mean, no. We were very serious, because training is very serious. Not! (Well, not all of the time.)

We regrouped again and did some start practice, which was a nice refresher, since I hadn’t done starts since cyclocross season. And I’m racing this weekend. So yes, good idea! 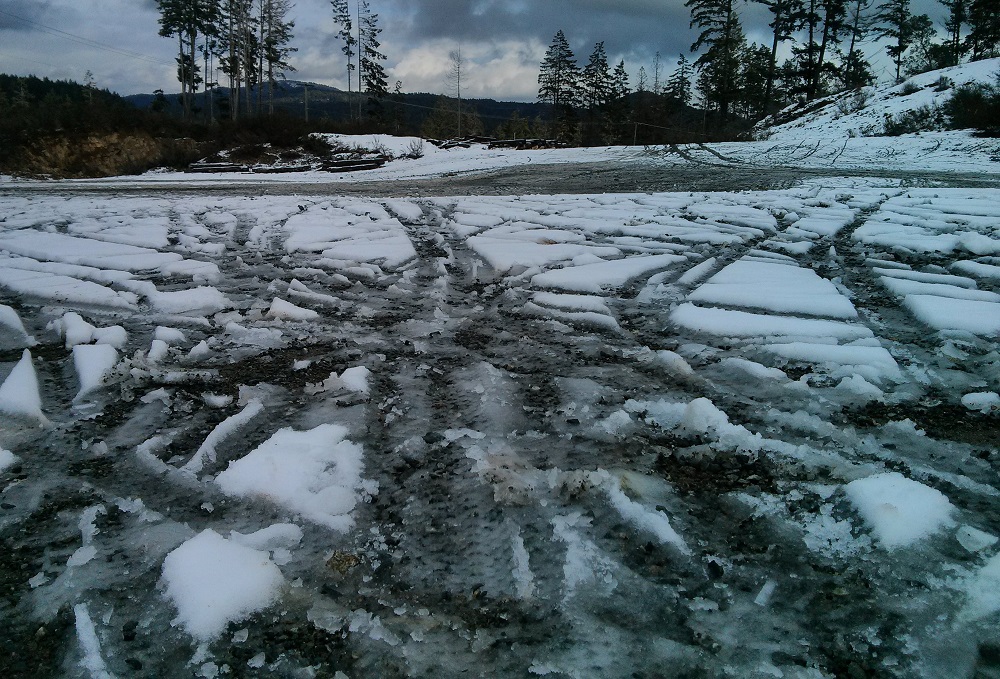 Riding in snow is fun!

The next lap we did at a threshold pace. I found it no problem to go hard enough up the steep climbs, but I was a bit more cautious than usual on the downhills, but I definitely still had fun. Then it was time for more technical/tactical games. And this time instead of sketchy gravel, we got to do them on even sketchier snow on top of sketchy gravel! Yes! I have not heard that much giggling, chuckling, chortling, and full-out laughter in any training session ever. Yep, I sure am one lucky girl to be able to do this sport at this level, with this amazing group of people.

Finally, Coach Dan cut off the hilarity and we went out for one more smooth lap. It must have warmed up a lot, because the snow was melting fast and the course became wet and soupy. At one point, I was riding up a creek. It’s going to be awesome on race day, especially with lots more rain in the forecast. Yeeha!

I did a solo warm down on the road, then headed back to my room to have some lunch and get cleaned up. My gear was really muddy, so I put it in the bath tub to deal with later. Then, while I was still on a roll, I headed to the gym to do my workout. It went really well, because there was only one other guy in there, so I didn’t have to wait for any machines or anything. That’s the best! I rewarded myself afterwards with a long soak in the hot tub. Yes, I could definitely get used to the Bear Mountain lifestyle! 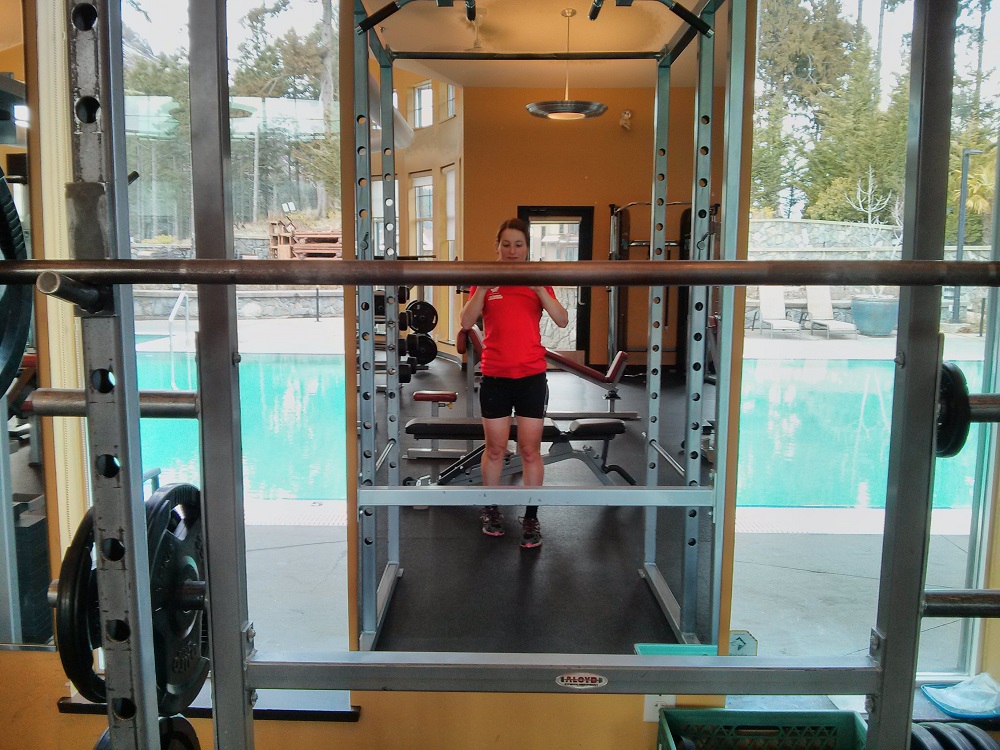 Doing time in the gym.

After the gym, I finally dealt with my laundry. Unfortunately, the Canadian team kit (as beautiful as it is) has quite a lot of white on it, and it was all speckled with mud, so I took soap and a nail brush, soaked the items of clothing and went nuts scrubbing at the spots. I scrubbed and rinsed and scrubbed and rinsed… it took a really long time. But I knew if I just threw it in the washer without doing any of that stuff, it would not get even close to clean. Ah yes, the trials of a mountain biker. Maybe I should become a trackie. They never have that problem. Nahhhh….