We woke up to another sunny morning on Day 2 of the Canadian Mountain Bike team camp at Bear Mountain Resort in Victoria, B.C.! It feels so nice to soak up some sunshine after what has been a tough winter here on the West Coast. It was chillier today than yesterday, but the trails here on the Island are so physical, that it’s easy to keep warm as long as you’re moving. 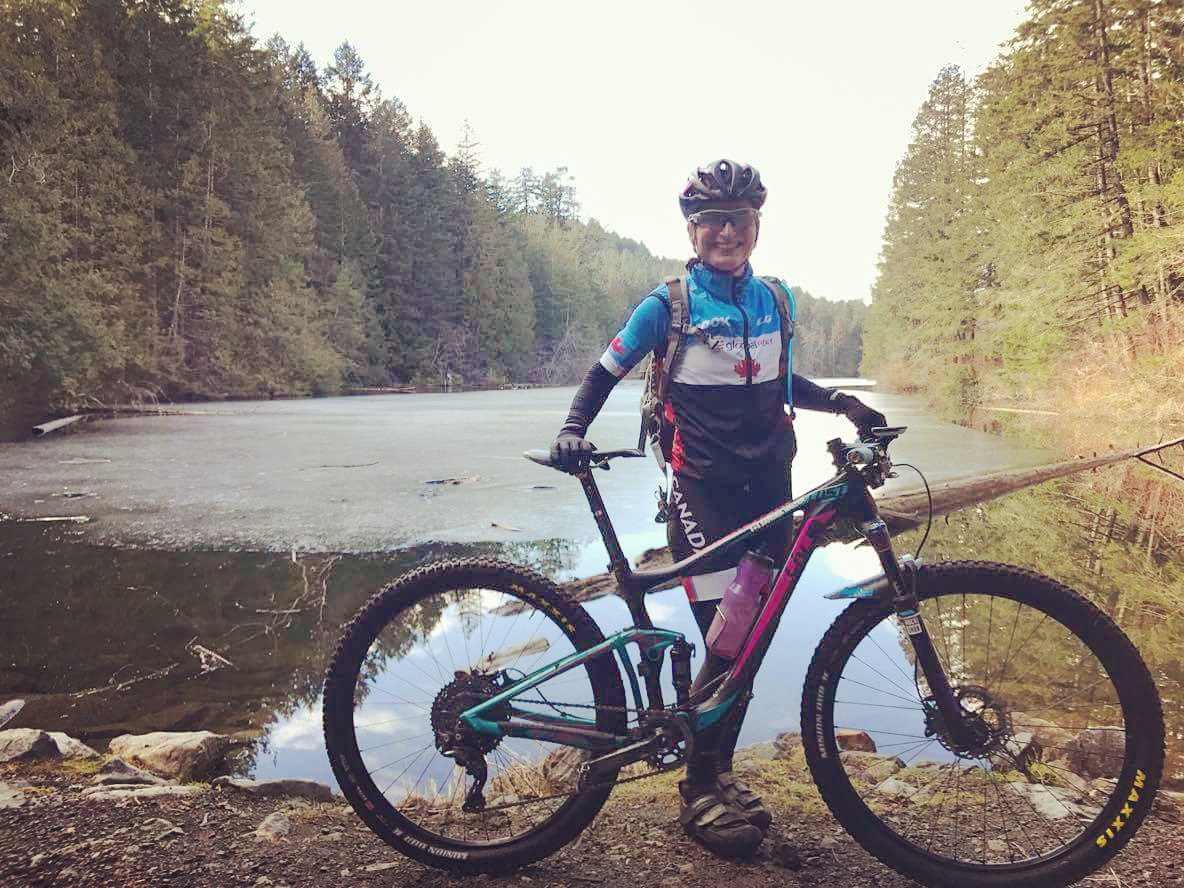 After breakfast, we kitted up and split into three groups designated 1, 2, and 3. 1 was the fast group, 2 was the medium group, and 3 — according to Canadian MTB Team Head Coach Dan — was the “smart” group. I chose group 3, but we didn’t exactly live up to the “smart” standard, as within the first few minutes, three of of got lost (although we thought the other 2 who had in fact taken the correct path had gotten lost, so we waited for them pointlessly for several minutes before going back to find them, but they were well on their way in the correct direction).

Once we made it to Hartland (Victoria’s local mountain bike park) via the lovely, narrow and winding Ross-Durrance Road, which bucks and weaves through the city’s Highlands area, Cindy, Fleury and I finally reconnected with Kristen and Freddy, along with a young Quebec ripper Amelie, who they had picked up along the way. Back on track, we hit some of Victoria’s classic trails. 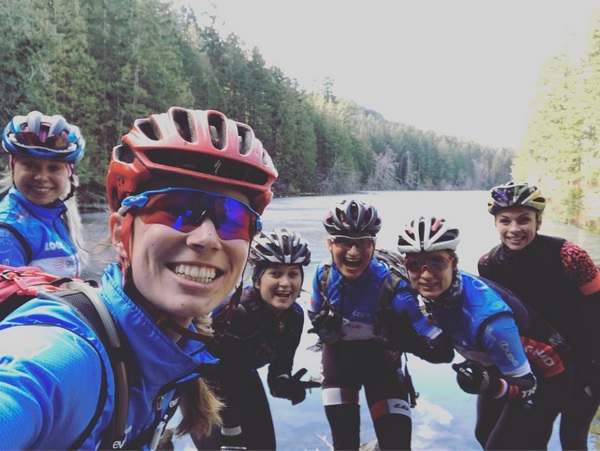 Great vibes in the “smart” group (note my demonstration of “jazz hands”)!

The trails here are hard to compare with anything else I’ve ever ridden. They’re very natural with only the newest ones containing some man-made features, berms and jumps. The trails are much rockier than my home trails, they’re much more punchy, as opposed to the long up, long down trails I most often ride, and there are a lot of roots and steep chutes. If you’re having an off day, it’s going to be extra-challenging. Riding these trails is very physical and it’s easy to hit them too hard and fade after a couple of hours. Knowing this, I was happy I chose the “smart” group, as I didn’t want to put myself into the red on Day 2 of a 2-week camp! Plus, my group was comprised of a bunch of really fun and positive women, so we had a blast. And believe me, we were not riding slowly!

The forest here is so lush and gorgeous. Everywhere you look, you see vibrant shades of green. Moss coats nearly every surface, with deep leathery green salal leaves making up most of the underbrush. You’ll see mostly cedar and fir trees, mingled with gnarled grey Garry Oaks and those exotic peeling rust-barked Arbutus that are common to B.C.’s coast. It’s a pretty special place and I feel so incredibly lucky to have the opportunity to ride here with some of the world’s best riders in a world-class training environment.