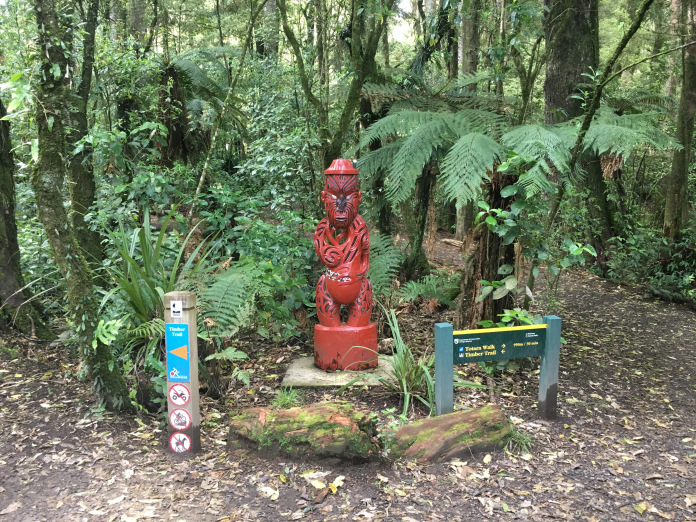 The Timber Trail is well signed.

Kelsey is taking the bus to Wellington to get a follow up appointment for her broken hand and I am getting back on the bike and riding solo. I had initially planned to ride on my own, but having Kelsey’s company made the trip much more fun. The Timber Trail is a remote 84km mountain bike trail — and let’s be honest, I am a chicken! No cell reception, being rescued in the same forest 2 days before, I was a bit nervous. 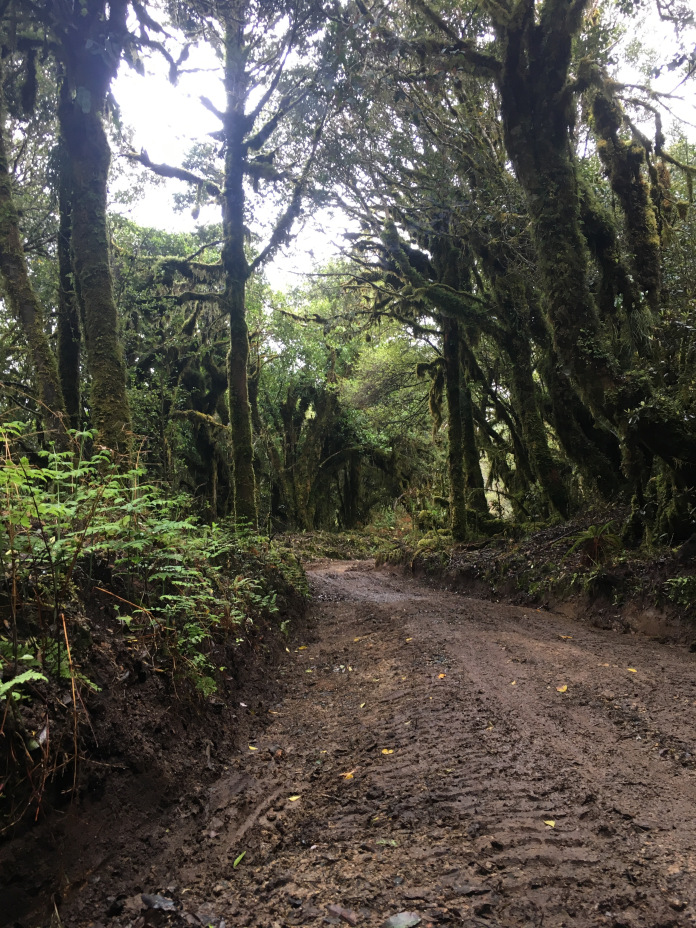 Awesome trail riding! Steep climbs to start, hard and sometime slippery surface on exposed trail, but extremely muddy as soon as I entered the forest or covered sections. Riders I crossed on the trail all had duallys, but seriously, a cross bike works great! My bike is now covered with mud that won’t be shaken off. 🙂 The trail can be ridden in 2 days, with a campsite and a lodge halfway, but doable in one day. After climbing and riding through thick forest forever, I got worried I wouldn’t be able to finish, but the last 20km was just amazing easy singletrack, with breathtaking views. The trail is very well marked, no way I could get lost today! I rolled on many suspended bridges, along ridges and took the time to appreciate the view, it was an amazing day! 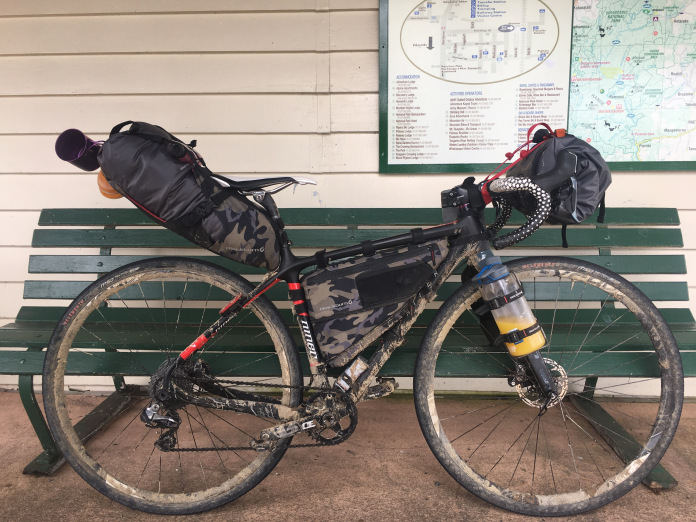 A muddy, but happy bike.

A few kilometres of road riding to find lodging and some more to get to the train station today. Quite hilly for my muddy bike that won’t shift properly. 😦 Kelsey got the thumbs up from the doctor (still broken, but not getting worse), so back on the road with my one-handed riding partner, taking the ferry from Wellington tomorrow, time to explore the South Island! 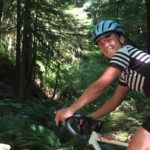 Anne-Marie is the owner of Liv Vancouver, the first female focused bicycle boutique of its kind in Canada. An avid cyclist & bike packer, she has ridden down the coast from Vancouver to San Francisco twice, among other exciting two-wheeled expeditions. She is now on a bicycle tour through New Zealand with her daughter Frederique & colleague Kelsey. Visit Anne-Marie’s personal blog here.